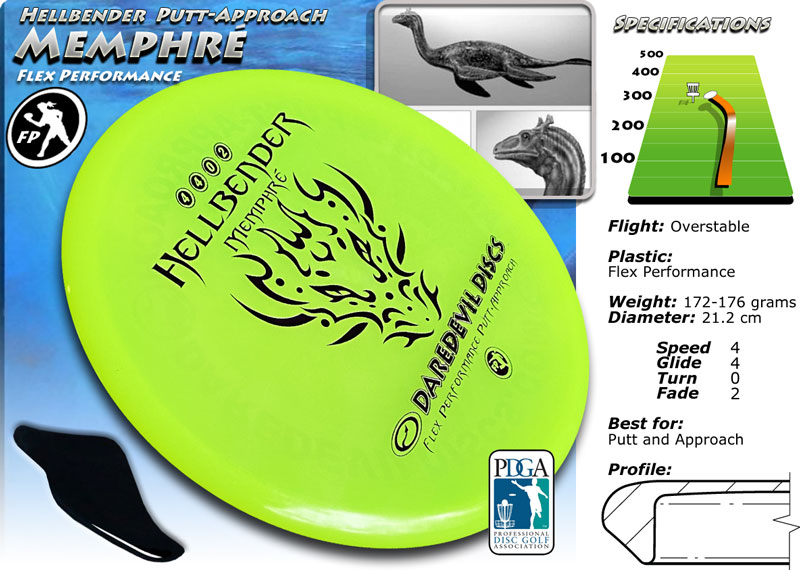 This disc will bend your scorecard! The hellbender disc series is a putt-approach disc that has a reliable fade on every shot. The disc was made for pinpoint approaches where you need to trust that the disc is going to finish its fade every single time. A comfortable, low profile mold, the hellbender with have not problem getting you inside the circle.

Flex Performance Plastic -Flexible ‘candy’ clear plastic which feels great in the hand. Has the same predictable performance as our ‘High Performance’ plastic with added grip.  It is hard to damage and perfect for colder weather conditions.

The creature resides in Lake Memphremagog which borders Quebec, Canada and Vermont ,USA. It has long been a part of the lore of the Abenakis, the indigenous people who gave the lake its name. When settlers arrived the Abenakis warned them not to swim in the lake due to a predatory monster that patrolled the lake and was known to devour unsuspecting humans.

Much like the Loch Ness Monster, it has been reported being up to 75 ft long, with a long neck, cow-like head, and large red eyes. Sighting of this mysterious beast continue to be reported every year.