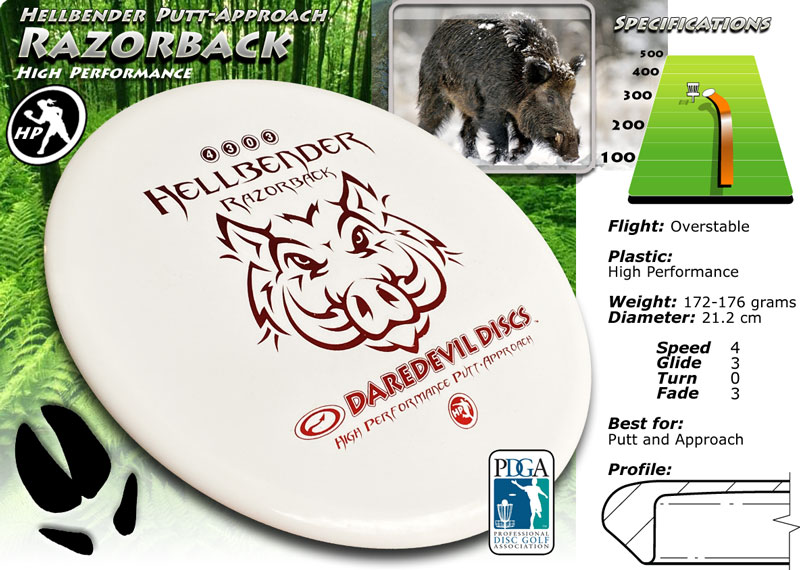 This disc will bend your scorecard! The hellbender disc series is a putt-approach disc that has a reliable fade on every shot. The disc was made for pinpoint approaches where you need to trust that the disc is going to finish its fade every single time. A comfortable, low profile mold, the hellbender with have not problem getting you inside the circle.

These wild boars are intelligent, equipped with keen senses, easily agitated, ruthless and aggressive when cornered. They can run thirty-five miles per hour and are constantly on the move. They are called razorbacks because of their high, hair-covered backbone and ill-mannered temper.

Imported by Canadian farmers in the 1980-90s from Europe to raise for meat. Some of these wild boars escaped and interbred with domestic pigs and are now found throughout western and central Canada, from British Columbia to Quebec.

A mature male is 4 to 5 feet long and weighs 150–300 pounds. The boar has long tusks. The upper tusks rub against the lower ones and sharpen them. It’s body armour of fat, gristle, and tendons can be more than an inch thick. It starts around the neck and extends just past the lower ribs.