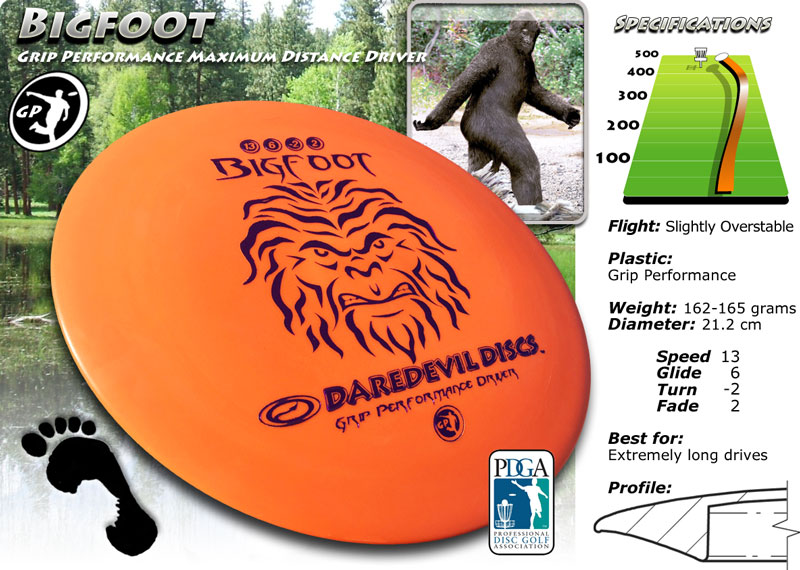 Made from our new super durable grippy ‘Ultra Plastic’. This very fast disc has a unusually wide rim and extremely low profile for maximizing every drive. Great for those newcomers who need a good distance driver.

The ‘Bigfoot’, also know as ‘Sasquatch’ is described in reports as a large hairy ape-like creature that inhabits forests, mainly in the Pacific Northwest region of North America. Ranging between 6-10 feet (2-3 m) tall, weighing in excess of 500 pounds (230 kg), and covered in dark brown or dark reddish hair. The term “sasquatch” (“Sésquac”) means “wild man” in the Native American language.

Bigfoot is commonly reported to have a strong, unpleasant smell by those who claim to have encountered it. The enormous footprints for which it is named have been as large as 24 inches (60 cm) long and 8 inches (20 cm) wide. It is claimed that Bigfoot is mainly nocturnal, so there is no threat of being attacked when you are playing disc golf in the woods during the day.